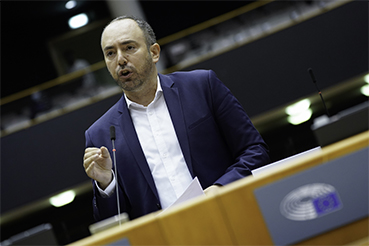 On 16 February, the European Parliament adopted a series of legislative recommendations aiming to harmonise and strengthen the legal situation of European non-profit organisations (NPOs). The objective of the recommendations is to put NPOs on an equal footing with their for-profit counterparts.

Non-profit organisations (e.g., associations, philanthropic organisations, foundations and similar organisations) are fundamental for the representation of the interests of citizens and civil society. However, due to the lack of a common EU legal status and discrepancies between existing member states’ rules, NPOs that work across borders face unjustified legal and administrative burdens. This prevents them from fully benefiting from the EU single market and inhibits their ability to contribute to the democratic process.

To address legal gaps and support a strong pan-European civil society, MEPs demand the Commission submit a regulation introducing the possibility to create European associations. This law should include rules on the establishment, transparency and governance of cross-border entities. In addition, MEPs call for common minimum standards for NPOs in the EU via a directive, to help European civil society organisations pursue their activities unhindered.

MEPs are alarmed over the increasing obstacles faced by associations and NPOs stemming from national laws or administrative practices. They fear this might further restrict fundamental rights such as the freedom of expression and association, which is already under threat in some member states. MEPs believe these pressures could dissuade NPOs from working across EU borders.

Given the important role NPOs play in maintaining the health of European democracy, effective policymaking and the rule of law, the report condemns any attempts to restrict Europe’s civic space based on political grounds, activities or funding. NPOs’ public benefit status should not be challenged based on perceived or real political activities, MEPs assert. They are concerned about smear campaigns and abusive litigation against non-profit organisations undertaken in several member states by elected officials and public bodies.

The text also highlights the importance of securing adequate and easily accessible funding for NPOs through transparent and non-discriminatory procedures and the creation of a European public benefit status for non-profits.

The rapporteur Sergey Lagodinsky (Greens/EFA, DE) said: “Parliament expects a paradigm shift in the EU’s policies towards non-profit associations and foundations. We propose a detailed legislative path towards minimum standards for European civil society on the one hand and an EU-status empowering NGOs to operate across member states on the other hand. The Commission must take our report as a model for future legislation.”

The European Commission will need to prepare a legislative proposal in reaction to Parliament’s requests,