What will it take for the Social and Solidarity Economy to scale up its delivery? 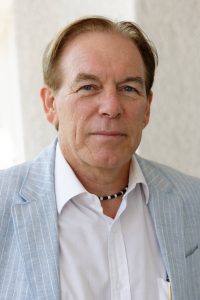 Vic van Vuuren, Chair of the United Nations Task Force of the Social and Solidarity Economy (UNTFSSE) and Director of the International Labour Organisation Enterprises Department.

One of the biggest challenges facing the Social and Solidarity Economy (SSE) is moving from being a “niche” performer in addressing global challenges to being a key and “mainstreamed” driver in addressing social, environmental and economic challenges. Notwithstanding not being mentioned in the Sustainable Development Goals (SDGs), the SSE plays an important role in the attainment thereof.

On the Global Balance sheet there can be no doubt that the SSE has in the past, and continues to play an increasingly important role in addressing global challenges that are being exacerbated by the COVID-19 pandemic.

There is no need for further analysis. The world has a huge social deficit, equally huge environmental challenges and a lack of adequate economic growth, the combination of which is preventing the attainment of the SDGs, and most of all is causing continued human suffering and hardship.

In building forward better, the world is crying out for a human and planet centred approach in tackling these three areas. So let us start at the Global level. We have a great global plan in the form of the SDGs. So, we can tick this box. It is at the next level of implementation that we find an inconsistent and inadequate performance. There is clearly no magic wand that can be used to solve all these global challenges but by recognising where the solutions lie and building on them, will be a good formula going forward. Global leaders are in continued discussion and many action plans are being discussed and are in the process of implementation, but unfortunately, it is not enough. E.G., COP26 on climate change that is currently taking place in Glasgow.

You may ask what does this have to do with the SSE. Well, the SSE with its purpose, member and value driven base is one of the vehicles that is well placed to tackle global challenges in an effective and human and planet centred manner. I will however, venture to argue that the SSE is one of the world`s best kept secrets. As stated initially, the SSE is playing a vital role in many economies, but at the same time, we need to recognise that the SSE is punching far below its weight. In many countries, we need to move from an SSE platform that is driven by necessity and survival rather than opportunity.

There are a number of key components that need to be addressed in order for the SSE to scale up its activities and increase its positive impact. In this regard we need to take step back and take a long-term view whilst in order to ensure that we have a solid foundation from which to move forward. This may take some time but we need to recognise that some of the key components are missing. Firstly, I support the Governments that are propagating for UN Resolution on the SSE. This recognition and common understanding of the role of the SSE is an important part of a global strategic plan and the recognition of the role that SSE plays in achieving and localizing the SDGs.Next, we need to agree on a common definition on the SSE so that we all sing off the same song sheet. This is long overdue and an opportunity has arisen for this to be addressed at the next International Labour Conference at the ILO in June 2022 where there will be a General Discussion on the “SSE for a human-centred future of work”.

Armed with a UN resolution on SSE and an agreed definition, the next step will be to mainstream SSE into national strategies where it can play a key role in delivering on national goals in line with the SDGs and an inclusive and sustainable development. There are countries that have already mainstreamed the SSE into national strategies but they are few in number and tend to be mostly on one continent.

For the past two years, the United Nations Task Force of the Social and Solidarity Economy  (UNTFSSE) has focused its work on a few key areas. These areas include setting up a SSE Knowledge Hub for the SDGs, the development of the SSE for SDGs programme, conducting an education gap analysis on SSE at the global level and supporting of governments efforts’ towards a UN resolution on SSE. In particular, we have been working on three main aspects: to give more visibility to the SSE, to promote awareness and the know-how about the SSE and coordinate the actions that the more than 30 members and observers of the UNTFSSE carry out.

The SSE for SDGs programme mentioned above, will assist countries, particularly developing countries, in mainstreaming SSE into national policies and strategies. We are now looking for partners to join us in delivering this valuable tool. Part of this roll out includes creating a much-needed enabling environment. The lack thereof has been highlighted by the many SSE enterprises and ecosystems not benefitting from national rescue packages during the COVID-19 pandemic because they fall outside of the definition or criteria for qualification.

Moreover, the Knowledge Hub platform is a free, open-access online platform working as a repository for research-based outputs and the body of knowledge on SSE as a means of implementation of the SDGs. The production of knowledge and creation of awareness is crucial to mainstream SSE, as well as the exchange of experiences and mutual learning on SSE at international level and among countries.  Many members and observers of the UNTFSSE devote efforts in this direction. CIRIEC has been leading the way by producing researches and disseminating findings through events and conferences.

However, awareness raising is not sufficient. Since 2010, at the ILO has invested, in close collaboration with the ILO International Training Centre in Turin, in the organization of eleven Academies on Social and Solidarity Economy, bringing together over 1.000 academics, practitioners, policy makers and social partner representatives from all continents.  The next SSE Academy “Building back better: the role of the Social and Solidarity Economy in a people-centred and planet-sensitive recovery”, co-organized with the Cooperative António Sérgio for Social Economy (CASES) and the government of Portugal. CIRIEC is also contributing to making this possible, through its network of experts who will take part in the event.”