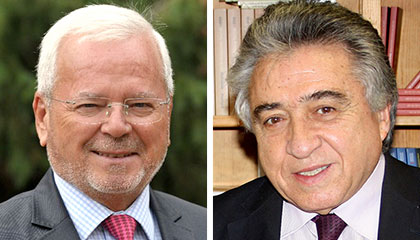 The serious health crisis that the world is going through, with dramatic consequences for many people, adds to the other crises we face: economic, social, environmental and democratic. It helps to further reveal the weaknesses of collective action in our societies and the need to provide innovative solutions to remedy them. Indeed, it is a matter of having a lucid look at the causes that lead to the development of inequalities, in particular of income, which contrasts with the enormous economic and technological progress achieved; to environmental issues and the future of vital resources; to the weakening of the general interest; to the distrust of the population towards institutions; to the rise of extremism; to democratic risks.These causes stem mainly from the economic system that has dominated the world since the 1980s, based blindly on the idea that the market, freed as much as possible from state constraints, is the only possible route to development, when on the contrary this globalised system would require adequate regulation of states that is frustrated by the presence of powerful interests that often do not coincide with the general interest.

Furthermore, the digital revolution has given rise to large supranational groups whose actions are changing not only the way we produce, consume and exchange, but also the relationships between individuals and the organisation of our societies.

The time has come, therefore, to return to the fundamental role of collective action and the sustained development of the social economy that demonstrates its civic usefulness and its resilience in the face of crises, at the service of a more ethical, more caring, more responsible and more united society.

The search for sustainable development thus leads to meeting the challenges of the future, which are none other than the equitable distribution of income and wealth, social and territorial cohesion, global warming and its disastrous consequences.

To become more efficient, in the face of people’s social needs and in a context of scarce public resources, it is more necessary than ever to highlight the contribution of the social economy in the quest for sustainable development because its companies and organisations are full economic contributors. The spirit, values and practices on which they are based must become the norm in economic, social and environmental matters, in order to reduce the harmful effects and excesses of the neo-liberal economy. Public policies would be more efficient if they relied on the social economy to co-construct collective actions in order to best meet the needs of individuals in the territories. A change of scale in partnerships is therefore needed and, above all, a change in the fundamental logic of how collective action is conducted.

This is why CIRIEC-Spain and CIRIEC-International, together with all the national and collective sections that wish to join this project, are launching this Electronic European Social Economy Information Bulletin, “Social Economy News”, with the main aim of capturing the most relevant information on the European social economy (cooperatives, mutual societies, associations and foundations) and disseminating it on-line by means of a Newsletter, whose medium-term goal is to reach 50,000 subscribers.

Its mission is to facilitate access to and exchange of information on the activities of social economy enterprises and entities, their representative organisations, with special reference to Social Economy Europe, the work and initiatives of scientific research groups in the field and the action of European institutions and EU governments on the social economy, as well as other information considered relevant to the sector. The Bulletin will also include in each edition an opinion article by a relevant personality regarding the social economy.

The Social Economy News will be disseminated in three languages: English, French and Spanish and it is proposed to publish a minimum of 6 issues in 2021 to reach the edition of 11 issues per year in 2022.

The aim is to create a European and international information space on social economy, so that citizens, political leaders and institutions are fully aware that the revision of public action and the deployment of cooperativism, mutualism and the social economy are, without doubt, vectors for the positive transformation of our development model for the 21st century.

Dear readers, you are welcome! Join us on this exciting journey to Ithaca.