University and Social Economy, towards entrepreneurship with knowledge and values 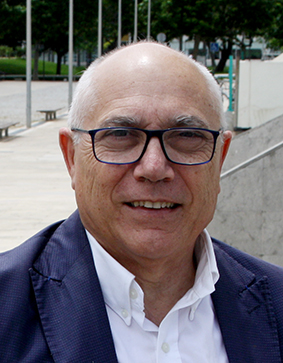 It is clear that the most advanced economies in the world are those whose productive activities are most knowledge intensive. The 2008 crisis also showed that they are also the most resilient, just as a loss of values contributed to the crisis. Nobel laureate Joseph Stiglitz warned us in his book ‘Globalization and its discontents’, as it can lead to the rule of unreason and greed overcoming solidarity, sustainability, equal opportunities and inclusion, so necessary elements for a fairer economy and a guarantee of real progress.

It is for this reason that the EU has been committed for years promoting smarter, more sustainable and inclusive growth, and after the recent crises to a recovery where, as the President of the European Commission, Ursula von der Leyen, says, no one is left behind. In short, a clear commitment to a knowledge economy with values.

Indeed, the recent crisis we suffered because of the COVID pandemic has shown that knowledge-based economies, which take the greatest care of the pillars of the so-called Welfare State (education, health and social protection), are the ones that show a greater and better capacity to face the terrible consequences this entails.

It is at this point that it is worth remembering that, given that knowledge and value training are clearly the domain of the academic sphere, the role of universities becomes central in this context. Note also what has happened in the most developed economies, where the role of university campuses has been fundamental in the creation of entrepreneurial ecosystems and environments where spin-offs and start-ups based on the knowledge generated, and which therefore make more intensive use of it, have been decisive for technological progress, and true catalysts for some of the companies that are now leading the digital and green transition on a global scale.

But we must insist that while this is necessary, it is not in itself sufficient if we want real progress on sustainable and inclusive growth, i.e. an economy that serves people. This requires, as the Nobel Prize winner and many other development experts have told us, values-based economy in which not only scientific and technological knowledge, but also education in a broader sense and a culture of entrepreneurship and values play a fundamental role. Some studies, such as the one recently presented by Crue Universidades Españolas, carried out by the IVIE, values-based economy to the valuable contribution that university activity can also make in this area.

We can see or we can note that, in Spain, the universities are a very favourable environment for all of this. Today a good part of entrepreneurship, more than 40%, comes from university students, but we can also affirm that it is of higher quality, in terms of innovation, technological intensity and internationalisation, as shown in the study published by the CISE “Entrepreneurship in the university system” a few years ago. This study focuses on the case of Valencian universities, which we believe is perfectly extrapolable to the whole country and the EU.

This leads us to maintain that universities are a valuable instrument for promoting, through entrepreneurship with spin-offs and start-ups, an economy of knowledge and values capable of bringing about intelligent, sustainable and inclusive growth and, in short, achieving the aspiration that one of our great economists and writers José Luis Sampedro spoke of at the beginning of this century: a more orderly market and a society of true progress and fairness, where the slogan coined at the Porto Alegre Forum of “Another world is possible” is fulfilled.

Harry R. Lewis, professor at Harvard University, in his work “Excellence without a Soul“, takes a different and critical look at so-called academic excellence, which the best-known university rankings seek to reflect, and which are clearly insufficient to verify whether universities are really transforming society as they should be, and whether they are fulfilling their central mission of educating and training people with values and in a holistic way.

Finally, it is therefore to be welcomed that the new Organic Law on the University System (LOSU), which the Spanish government will shortly be submitting for debate and approval by the Spanish Parliament, reminds that one of the functions of the university system is to “contribute to social welfare, economic progress and the cohesion of society and the territorial environment in which they are located, through training, research, knowledge transfer and the culture of entrepreneurship, both individual and collective, based on conventional or social economy formulas“.

This last reference to the social economy shows the need and interest in moving towards a new economic model that is more open and plural, value-based and more focused on people and the general interest, for which the organisations that make up this sector can be particularly relevant. We should remember what led the Commission to approve a European Action Plan for the Social Economy, which of course invites us to reflect on the need for policies to promote formulas based on the social economy in the university entrepreneurial ecosystem.