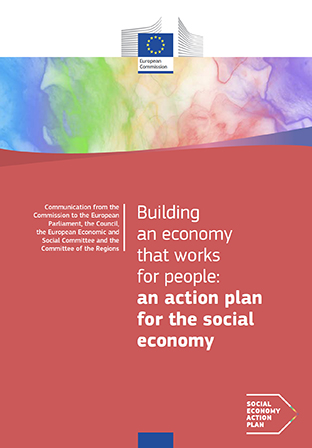 “We very much welcome and endorse the Social Economy Action Plan that we have been working towards since 2014. The Social Economy Action Plan will provide specific tools for social economy players to expand across Europe and far beyond our borders”. This was the reaction of the Chairman of Social Economy Europe (SEE), Juan Antonio Pedreño, to the presentation, on 9th December, of the European Commission’s communication entitled ‘Building an economy that works for people: an action plan for the social economy’.

Indeed, as reported by SEE, if each of the social economy families had been asked what their feelings were after the approval of the Action Plan, the answer would have been one simple word: celebration.

After 14 years of collective work and tireless commitment, the members of the European Social Economy are satisfied with the document presented. However, SEE warns that this “cannot be a time to relax, as it is the starting point for a series of actions aimed at successfully implementing the Plan”. In fact, 2022 will be the time to expand it.

In short, all of them are confident that this Action Plan opens a new historic stage not only for those already involved in the social economy sector, but also for those who will join in the future. The Plan, on the one hand, recognises Social Economy companies and organisations as a driver of sustainable development and, on the other hand, proposes specific instruments to enable the growth of the various players in the social economy, both in Europe and beyond the borders. These instruments include measures such as access to European recovery funds, fiscal and administrative policies, public-private collaborations with the social economy and actions to increase the visibility of the social economy and its families.

Access the communiqués on the Social Economy Action Plan of:

The Social Economy Action Plan has already been translated into 23 official languages of the European Union: