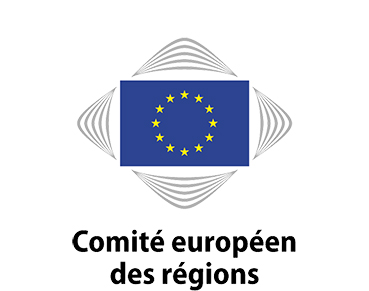 The European Committee of the Regions has adopted an opinion on the Action Plan for the Social Economy, a plan that is expected to be approved by the European Commission in the last quarter of 2021. Through this opinion, the CoR provides a series of policy recommendations focused on three points – training, dissemination and financing – for the development of this plan, which aims to promote the contribution of the Social Economy to local and regional development in Europe.

The Committee considers that the intervention of the European Union to promote the development of the Social Economy is “particularly relevant in the current context”, in which, as a consequence of the economic and social crisis generated by COVID-19, “it is necessary to mobilize all the potential of companies and entities of the Social Economy for economic recovery, the promotion of collective entrepreneurship and the creation of quality employment”.

The European Committee of the Regions notes that, through the Pact for Skills, the Commission should support access to training and lifelong learning of Social Economy workers in areas such as digitization, participatory leadership, resilience and the green transition.

To achieve this objective, the CoR suggests cooperating with the industrial ecosystem of the Social Economy, in which public administrations, vocational training centers and universities also participate. Thus, the proposals made in this opinion on the European Skills Agenda for sustainable competitiveness, social equity and resilience stand out, with suggestions on the matter from the perspective of local and regional authorities.

It also invites the Commission to carry out an investigation on transfers from companies to employees through Social Economy schemes and urges that it be accompanied by an EU platform for the exchange of good practices between Member States, local and regional authorities and Social Economy networks that also addresses the potential of the Social Economy for industrial entrepreneurship.

The European Committee of the Regions highlights the importance of promoting interregional cooperation in the field of Social Economy as a “key instrument to form transnational business groups, take advantage of cross-border synergies and support the internationalization of Social Economy companies and entities in the single market”.

In this sense, the CoR invites the Commission to give “greater ambition and coherence” to its initiatives to support the role of local and regional authorities in promoting the Social Economy. It also recalls that many local and regional administrations already have ambitious strategies and action plans, so “the Commission should identify these and include them in the expansion of the future action plan for the European social economy.”

The CoR opinion highlights the additional difficulties that enterprises and Social Economy entities face to access financing, “in part due to the low visibility and understanding of their business models”, which prioritize the collective interest or general to profit maximization, and recalls the key role of the Cohesion Funds, and in particular the ERDF and the ESF, in financing Social Economy projects.

In addition, it shows that the InvestEU program will be of “key” importance for the financing of innovative Social Economy projects through its four lines of action, with special attention to the “SMEs” and “social investment and skills” axes.