The European Commission presents the Transition Pathway for the Proximity and Social Economy, in the framework of its Industrial Strategy, and coinciding with a GECES plenary meeting 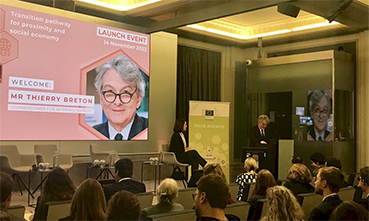 On 14 November, EU Internal Market Commissioner Thierry Breton presented the ‘Transition Pathway for Proximity and the Social Economy’ in Brussels. This plan proposes a set of 30 actions in 14 different areas to further support the social economy in leading fair green and digital transitions in the European Union.

This European action is important because it puts the Social Economy at the heart of the European industrial policy agenda. Indeed, the Social and Proximity Economy is one of the 14 main areas of action of the new European Industrial Strategy, published on 5 May 2021.

This Strategy concretised the new European policy approach based on a selection of industrial ecosystems aimed at accelerating the green and digital transformation and increasing the resilience of the European economy, as well as on the principle of co-creating transition pathways with stakeholders as an essential collaborative tool for the transformation of industrial ecosystems. Other pathways that are underway or imminent include tourism, mobility, construction and energy-intensive industries. 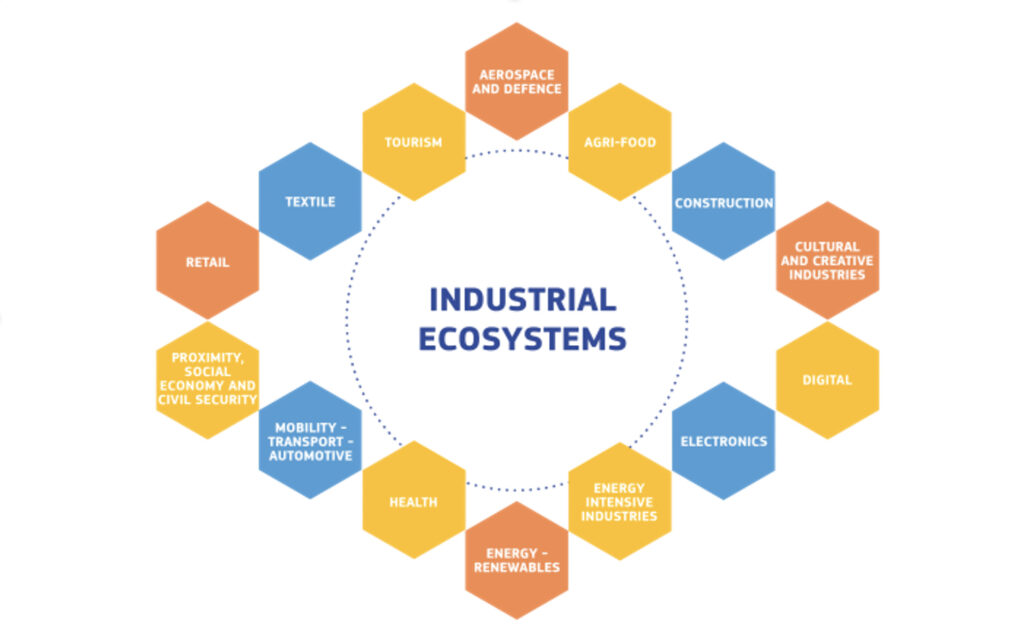 The document, among others, proposes actions to help social economy entities to improve their energy efficiency and encourages public authorities to support the creation of local green pacts to promote clean energy production or local sustainable food markets.

In the field of digitisation, the report lists actions such as supporting the development of a code of conduct for social economy organisations and local businesses to manage their data in a more transparent way.

With this Transition Roadmap, the Commission is launching an open call inviting all stakeholders to submit concrete commitments in the field of green and digital transition and to express their interest in helping to implement them. Proposals must be submitted by 28 February 2023.

Social Economy Europe (SEE) has contributed to the development of the Transition Pathway together with the DIESIS Network, EUCLID, EURICSE, CIRIEC and many other social economy actors. Among them is the leading cooperative and social economy group Mondragon Corporation, which was visited by Commissioner Nicolas Schmit on the day of the Transition Pathway launch event.

On the same day as the presentation of the Transition Pathway, a face-to-face plenary meeting of the European Union’s Expert Group on Social Economy and Social Enterprises (GECES) was held in Brussels for the first time in two years. The meeting provided information on the implementation of the European Action Plan for the Social Economy and in particular on several of its initiatives. One of these is the proposal for a resolution on frameworks for the promotion of the social economy in the member countries. Another initiative is the articulation of permanent liaison mechanisms between the academic and scientific world and the European social economy business community and public administrations at European level.

Download here the transition itinerary on proximity and social economy

Video of the presentation event in Brussels

Call for proposals (Call for pledges)