Social Economy Europe (SEE) sends an open letter to the President of the European Commission, offering solutions to the current multiple crises 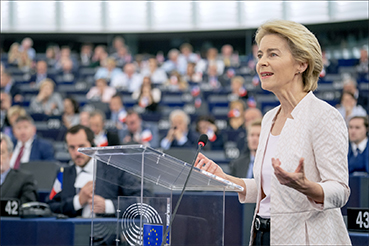 Last September, Social Economy Europe (SEE) sent an open letter to the President of the European Commission, Ursula von der Leyen, in the context of the State of the Union debate at the European Parliament in Strasbourg. See original letter here

In this letter, the social economy expresses its full commitment to work with the Commission and the various European institutions to address the current enormous challenges: energy crisis, crisis resulting from the war in Ukraine, inflation, inequality and growing poverty,… SEE affirms that the European Union is prepared to overcome these multiple crises “through greater cooperation, solidarity and innovation”, based on the business models of the social economy: 2.8 million entities, employing 13.6 million people in Europe.

The EU social economy is made up of a diversity of enterprises and organizations of all sizes. They are cooperatives, mutuals, associations, foundations, social enterprises and other legal forms. They all share the same characteristics and values: the primacy of people, as well as social or environmental purposes, over the remuneration of capital; reinvestment of most profits and surpluses to carry out activities in the interest of members/users or society at large; and democratic and participatory governance.

SEE recalls that among social economy enterprises, mutual health insurance companies provide universal, not-for-profit healthcare to 240 million people; 250,000 Europeans currently produce and consume clean energy through renewable energy cooperatives (REScoops), a movement that is likely to grow, as 45% of renewable energy production could be in the hands of citizens by 2050. The social economy is also very active in the field of housing and rehabilitation.

Cooperatives also account for a very high percentage of the market share of agriculture in the EU, with such significant examples as the Netherlands (83%) and Finland (79%). And insurance cooperatives are now responsible for more than a third of all insurance in Europe, with premium income of 469 billion euros.

SEE says that 2021 marked a turning point for the European social economy, with the adoption of the Social Economy Action Plan (SEAP), and the updated Industrial Strategy, which identifies the “Social and Proximity Economy” as one of the fourteen industrial ecosystems for Europe’s recovery.

The letter concludes by inviting President Von der Leyen to the first anniversary of the Social Economy Action Plan, to be held on Wednesday, December 7 in Brussels.