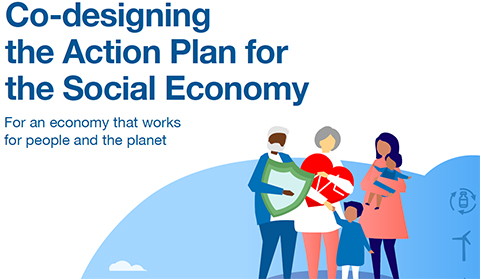 Social Economy Europe presents its policy paper Co-designing the Action Plan for the Social Economy: for an economy that works for people and the planet, that has been elaborated in cooperation with its growing network of 16 members and four external partners. The presentation of this document is part of the public consultation opened by the European Commission to provide proposals for this Plan.

SEE’s policy paper contains 7 areas of prioritary EU action to support the growth of the social economy and 51 concrete action proposals, all them aimed at achieving 3 major objectives:

-Promote the convergence and coordination of the different public authorities involved in the promotion of the social economy by defining strategic objectives, key targets, and benchmarks at EU level.

-Foster a conducive ecosystem for the growth of the social economy in Europe, allowing social economy enterprises to fully access to the opportunities of the Single Market, EU funds and financial instruments.