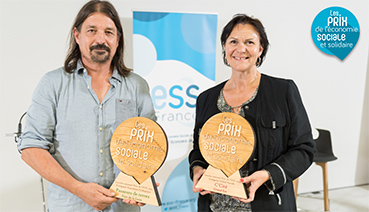 Last November, France celebrated a new edition, the 15th, of the Social and Solidarity Economy (SSE) Month, a popular and multidisciplinary event for the dissemination of the SSE. This edition was anchored in a particular period: the beginning of a new five-year term. The public authorities have five years to rely on the SSE to contribute to the transformation of the economy, the SSE being a constituent and even an indispensable lever for building the world that is coming, at least if we want it to be fairer, more united and more fraternal.

The dynamic of the 15th edition of the SSE Month is – this year again – reflected by the mobilization of more than 665 enterprises and organizations of the SSE which made live the month of November through more than 1830 events referenced on the dedicated platform, of which nearly 340 000 people were expected at the events. This makes the SSE Month the largest initiative to promote the SSE to the general public.

The SSE Month campaign is also a good opportunity to raise awareness of SSE activities, enterprises and know-how, and it is through the Social and Solidarity Economy Awards that 14 SSE enterprises and organisations were rewarded in the regions participating in this scheme, which work every day to meet the needs of people and territories. Among the 466 applications received, all regions included, 28 were studied at the national level and 2 structures were rewarded: C’Cité, Fédération des aveugles d’Alsace Lorraine in the Grand Est region and Passeurs de Terres in Pays de la Loire.

Find out more about the scheme and discover the winners!

Closing and congratulatory message from the Prime Minister Elisabeth Borne