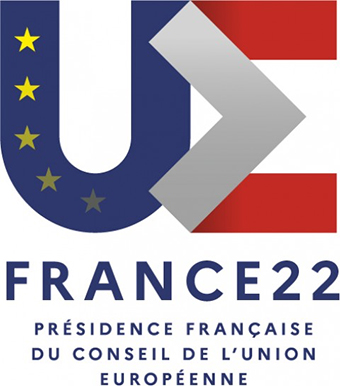 23 European ministers in charge of the social economy met in Paris on 17 February for the first informal ministerial conference on this subject, organised by the French Presidency of the Council of the European Union. The aim was to demonstrate a shared desire on the continent to develop the social economy in order to meet the climate challenge and create jobs with high social added value.

Olivia Grégoire, Secretary of State for the Social, Inclusive and Responsible Economy, attached to the Minister of the Economy, Finance and the Recovery, chaired the conference, with the participation of Nicolas Schmit, European Commissioner for Employment and Social Rights.

In Europe, the social economy represents about 2.8 million entities with various legal forms (cooperatives, mutual societies, associations, foundations, social enterprises), 13 million workers and more than 10% of the GDP in some countries like Spain, Italy and France. These entities share the principle of placing the human and social objective above profit, and have democratic governance.

The “Luxembourg Declaration on the Social Economy”, expressed already in 2015 the need for a common framework for the social economy. In this context, the Italian Minister for Labour and Social Policies, Andrea Orlando, presented the priorities of the Italian Presidency of the Follow-up Committee for 2022.

The ministerial conference was an opportunity for the European ministers to welcome the presentation of the European Action Plan for the Social Economy, underlining its relevance to the multiple economic, climate and social challenges facing Europe today. They also exchanged views on how to implement it in their respective countries.

The ministers agreed on the following points

• Respecting the diversity of national traditions in the field of social economy and formulating the first basis for a common definition in the action plan taking into account this diversity.

• Importance of raising awareness of the social economy in their countries, and the need for specific national legal frameworks to strengthen the social economy ecosystem, allowing for specific public policies or the creation of labels or certifications. At the European level, they expressed their desire to have a strategy that would allow legislative advances.

• The need to ensure the financing of the social economy and to better inform the structures of this sector about these financing possibilities. The ministers welcome in particular the European Commission’s proposal to set up a European social economy portal, which will list all public policies and funding dedicated to this sector, as well as the proposal to increase the supply of public funding.

• The European Commission’s plan to map the different national methodologies for measuring social impact. Ministers are ready to cooperate, to exchange good practices. It is important to have better transparency on the social impact of companies to legitimise public policies applied to the social economy and to develop innovative partnerships with local authorities and large companies.

This conference between ministers in charge of the social economy in the EU Member States allowed for a fruitful exchange and collective work that will prepare the discussions on a future Council recommendation on the development of the framework conditions for the social economy, in 2023. In the meantime, the Ministers asked the European Commission to involve the Social Economy Expert Group (SEEG) in the implementation of the Action Plan and its follow-up. The results of this conference will also be presented for information to the EPSCO Council on 14 March 2022.