Colombia hosted for the first time the Mont Blanc Meetings, a global meeting of the social and solidarity economy 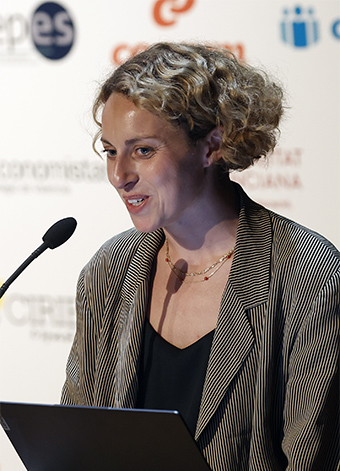 By Eva Cantele, General Delegate of the SSE International Forum

The tenth edition of the Mont Blanc Meetings was held for the first time on the American continent, from 18 to 19 October 2022, at the Cartagena de Indias Convention Centre in Colombia.

The meeting was organised by SSE Forum International (ESSFI), a global network of 31 organisations that exists since 2004 and promotes the Social Solidarity Economy (SSE) as a means of achieving the United Nations 2030 Sustainable Development Goals and, in general, as the basis for an economic, political and social model that places people and ecosystems at its centre, reflecting on and developing strategies on the promotion and development of SSE at all levels of governance.

On this occasion, 340 people met – face-to-face and online – including the main leaders of the social and solidarity economy from 32 different countries, political representatives from four continents (Colombia of course, but also Ecuador, France, Portugal, Senegal, Uruguay, Argentina, among others) and representatives of international organisations such as the United Nations (UN), the Organisation for Economic Co-operation and Development (OECD), the International Labour Organisation (ILO), Mercosur, the European Commission and the Economic Commission for Latin America and the Caribbean (ECLAC).

In the plenary session “Internationalisation of SSE in the context of the UN 2030 Agenda” moderated by Alain Coheur, Co-Chair of the SSE Forum International, the panelists reflected on the steps taken in the international arena for the promotion of SSE as a tool to advance the 2030 Agenda. Among the milestones mentioned were the adoption of the European Union Action Plan on the Social Economy, the resolution and conclusions on decent work and SSE at the 110th International Labour Conference (ILC) of the ILO, the Recommendation on SSE and Social Innovation of the OECD Council, and the progress towards a UN General Assembly resolution on SSE and sustainable development.

The second plenary session on “Local SSE Solutions” was moderated by Yasy Morales, Vice President of ESS Forum International and featured SSE solutions from the city of Dakar in Senegal, Bordeaux in France, the contribution of the Caisse d’économie Desjardins to the growth and strengthening of SSE projects in Quebec, Canada, and the wealth of the Antioquia region in Colombia.

Eight sub-themes were also addressed, such as education for lifelong learning; organisational change and gender perspective; food production, distribution and consumption models; public goods and commons; financial systems; public policy and advocacy; digital tools; and investment for better employment, all within the SSE framework. In addition, six self-organised sessions were held, organised by the Global Social Economy Forum (GSEF) on housing; by the International Association of Mutuals (AIM) on demographic change; by the Colectiva Montes de Maria on rebuilding the economic fabric in the post-conflict phase; by the International SSE Coalition (CIESS) on international recognition of SSE. The academic programme and the roadmaps that emerged from the reflections and conversations made this edition an important step for the promotion of the social and solidarity economy in Colombia, in the Americas and internationally.

Rafael Gonzalez, Director of the Special Administrative Unit of Solidarity Organisations of Colombia, Pepe Mujica, former President of Uruguay, the French Secretary of State in charge of SSE, Marlène Schiappa and finally, Alain Arnaud, Honorary President of CIRIEC France and CIRIEC International spoke at the closing ceremony of the event, supporting the adoption of the Declaration of Cartagena de Indias and congratulating the initiatives that are working towards greater recognition of SSE at international level.

The Declaration is also accompanied by a roadmap, split into major themes, to guide the actions of SSE organisations, which will be published in January 2023 and will outline the organisation’s strategy on the priority themes discussed during the event.