CEPES, OECD and CIRIEC project to improve the legal frameworks of the Social Economy at the global level 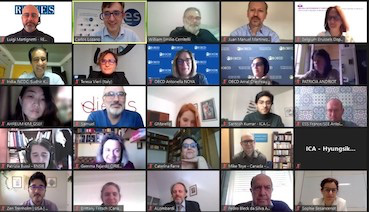 As Professor Fajardo explains, the project is based on three axes. The first analyzes the existence of general legal frameworks, that is, social economy laws at the national, regional or local level. The second analyzes the existence of legal frameworks applicable to social economy entities, such as cooperatives, social integration enterprises, mutuals, etc. The third axis considers those other norms that promote the social economy sector, such as fiscal norms, public contracting, etc.

The methodology used is based on the association of peer learning (PLP), which allows the creation of opportunities for the exchange of knowledge and experiences on the legal framework of the social economy between different countries.

In this project, Professor Fajardo will be part of the so-called ‘Content team’, a group of eight people who will be permanently up-to-date on the evolution of the work carried out.

Gemma Fajardo concludes that this project “seeks to find out the best legal experiences that contribute to improving the context of the social economy, both in the participating countries and worldwide.”

This global project is supported by an international consortium of 26 organizations, composed, on the one hand, by state and ministerial public departments responsible for the Social Economy from seven countries belonging to three continents: Brazil, Canada, Korea, India, Italy, Mexico and Spain. In the case of Spain, the Ministry of Labor and Social Economy collaborates actively.

The initiative, which began in April and will run until October, also has the participation of several local and regional governments, such as the Generalitat of Catalonia, the Brussels Capital Region, the State of Puebla in Mexico or the French network of entities locals that work in favor of the Social Economy.

In addition, the project has the participation of the International Labor Organization (ILO), as well as the ‘Global Social Economy Forum’ (South Korea).

The Consortium held its first meeting on May 7thwith the participation of an important delegation from the OECD, led by Antonella Noya, Head of the Social Economy and Social Innovation Unit of the OECD, together with representatives of all the organizations participating in this ambitious project.