Being a WISE in 2022 – Work Integration Social Enterprises have big ambitions! 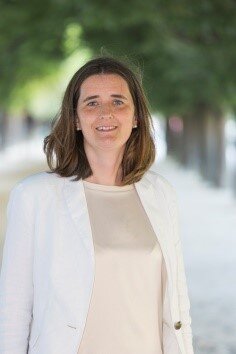 We are in the middle of crucial months and years for the social economy and, in particular, for the so-called work integration social enterprises, WISEs. The main objective of WISEs is the social and professional integration of people with support needs[1], they are at the core of the economic system and present a strong pedagogical dimension. They strive for more inclusive and integrated forms of employment all over Europe.

In December last year, the European Commission adopted the Social Economy Action Plan (SEAP), a document that proposes measures and policies that will be adopted in the next few years, up until 2030, by EU institutions to support the development of the social economy enterprises and WISEs.

ENSIE, the European Network of Social Integration Enterprises, and its members, local and regional network of WISEs[2] are particularly glad of the SEAP as it clearly recognizes the social economy and the different economic actors they represent, including WISEs: “Work integration social enterprises are a common type of social enterprises across Europe. They specialise in providing work opportunities for disadvantaged people.”

ENSIE and its members are satisfied by the proposal concerning the possibility of revision of the State aid and the General Block Exemption Regulation[3] when it comes to the aid for hiring disadvantaged or severely disadvantaged workers. This is something they have been calling for in the last years, as the current legislation is not satisfying for the actors on the ground.

Another important point for ENSIE and its members is the renewed support for socially responsible public procurement with measures proposed to reinforce its development at EU level, with the organisation of raising awareness workshops in Member States. Socially responsible public procurement is a crucial leverage for the development of WISEs at all levels.

Other important proposals for WISEs in the Action Plan cover: the call for Member States to make better use of their margin of discretion in defining a service of general economic interest (SGEI), the publication of guidance and the identification of good practices in the field of taxation, the launch of a new single EU Social Economy Gateway as clear entry point for social economy stakeholders, other relevant actors and individuals on relevant EU funding, policies and initiatives. Finally, ENSIE and its members are also pleased to read the announcements that concern the promotion of the social economy at the international level and especially in Western Balkans and Eastern Partnership countries. ENSIE is particularly active in those areas where the network trying to support the development of WISEs. The support of the European Commission through dedicated actions will be beneficial.

On November 14th, the European Commission launched the Transition Pathway for the Social and Proximity economy, the first action launched in the framework of the SEAP. The goal of this transition pathway is to enable actors in the ecosystem to deliver on the twin transition while fostering a more sustainable and resilient economy in the EU. Actors from the sector should now be sharing their pledges for concrete actions in order to make the pathway a reality and ENSIE is currently preparing its own pledges.

Furthermore, in the last months ENSIE and its members are intensively working towards another very important action of the Social Economy Action Plan: the Council Recommendation on framework conditions for the development of the social economy. This Recommendation will be approved in the second part of 2023 and will serve as an instrument for national government and public authorities to modernise legislation and policies to promote the social economy. In this framework the ENSIE called for a better recognition of WISEs and for the development of legislative framework encouraging WISEs.  To influence the debates on Friday, 18th of November, ENSIE organised an in-person event in Brussels, at the European Economic and Social Committee, entitled “Being a WISE in 2022”. The first part of the event was dedicated to the presentation of the first results of the B-WISE project, an Erasmus + project, in which ENSIE is a co-leader with EASPD. The goal of the project is to develop a European strategy to address skills needs, and in particular digital skills, in the WISE sector. The event aimed to present the results from the first report prepared in the framework of the project which made a state of the play of WISEs in Europe and identified the trends and challenges of the sector. This report is crucial as it allows ENSIE and its partners to have a clear picture of WISEs and their work all over the EU.

The second part of the event aimed to reward the three finalists of the ENSIE WISE Manager Award. Indeed, each year, ENSIE, through this award, acknowledges the work done by WISEs all over Europe. This year, as we are celebrating the EU Year for Youth, the focus was put on youth integration and the finalists are WISEs working very hard to offer opportunities to disadvantaged young people to enter the labour market, by hiring them and supporting them through their integration pathway. This year, the winner was Rambler Studio’s from the Netherlands, it is a fashion platform which proposes a “Design your life” programme for young disadvantaged people, often living in the street, the programme allows them, through fashion to (re)integrate the society. The other finalist were CookLook from Croatia, a WISE that supports the integration on the labour market of young people with disabilities allowing them to train to join the hospitality sector. And the last finalist was Floare de Cires from Moldova, a catering company who employs disadvantaged people and train them. ENSIE was very proud of those three finalists which showcase the work done by WISEs and the possibilities they offer to the most disadvantaged people in Europe.

The final part of the event was an exchange with the European Commission and some social economy stakeholders concerning the future important key action: the Council recommendation. Together with the social economy task force of Social Platform, ENSIE presented a joint position and some reactions followed from other important actors such as Social Economy Europe.

The scene is set up for very interesting ambitions in the next months and year around the social economy and WISEs! ENSIE and its members want to give voice to the workers they represent, and they know very well that those ambitions can only be reached by working together and in partnership. Together stronger!

[1] This term includes the disadvantaged workers, the severely disadvantaged workers and the workers with disabilities as defined in art. 2 Commission Regulation (EU) No 651/2014 of 17 June 2014 declaring certain categories of aid compatible with the internal market in application of Articles 107 and 108 of the Treaty Text with EEA relevance

[3] Commission Regulation (EU) No 651/2014 of 17 June 2014 declaring certain categories of aid compatible with the internal market in application of Articles 107 and 108 of the Treaty Text with EEA relevance.