An Ever-Increasing Interest in Social and Cooperative Economy 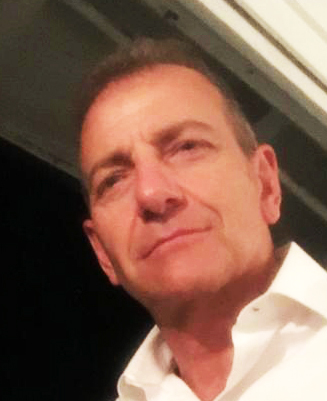 My scientific interests have been ranging from the themes of the Economics of NGOs, Non-profits, and Producer- and Consumer- Cooperatives, to the Privatization in Post-communist countries to the Economics of firms’ collusion, mergers, pricing, and R&D agreements in imperfectly competitive and oligopolistic markets. Some of my recent research activities deal with the analysis of coordination and alliances among firms and non-profit organizations.

As Editor-in-chief of Annals of Public and Cooperative Economics, I had the possibility to deepen my knowledge on a few topics of public, social and cooperative economy.  Founded in 1908 by Edgard Milhaud, a young French professor of Political Economy at the University of Geneva, Annals are by all means the oldest and one of the most prestigious journals on social and cooperative economy currently in circulation. The journal publishes quarterly and currently features fourty articles per year. Annals receive yearly more than 200 unsubmitted contributions and select the best among them with the aim to publish the best existing research results achieved by renowned world-wide scholars and researchers in the fields of cooperatives, nonprofits, social economy, public and mixed enterprises, employee participation, microfinance, equity and altruism, collective decision making, mixed markets, social municipalities, in developed and developing countries.  The journal has the privilege to be able to publishing articles by authors who come from more than 60 countries on every continent worldwide.

This is an incredible achievement: the journal gathers research contributions on social economy virtually from every angle of the world! The submitted manuscripts are either theoretical, empirical, or experimental in methodology, aiming to provide the broad international audience of scholars and practitioners with clear-cut results, amenable to be verified empirically as well as to be promptly applied. The journal currently relies on a board of twelve co-editors, who are well-known specialists in the fields of interest for the journal. It has also six advisory members and an editorial board composed of forty-four well-renowned scholars coming from twenty-two countries in the world.

The official impact factor of the journal is currently 1.905, which basically means that Annals receives a number of citations that is almost twice its number of published articles. In terms of reach, Annals have a record of around 100,000 yearly downloads of its articles worldwide, with an incredibly broad audience worldwide.

A few topics have recently received increasing attention from the journal as compared to the past. These are in particular the themes of sustainable organizations dealing with health, food, and agricultural systems in developing and developed societies; the equity and ethical trade-off existing in our economic systems; environmental and sustainability issues in our interconnected economies.

I am sure that many more exciting themes will continue to arise! It is very important that researchers gathered by CIRIEC and Edgard Milhaud Foundation as well as Annals continue to carry on their research activity with scientific rigor so to provide more and more young and talented researchers with an incentive to investigate the topics of public, social and cooperative economy which have never been so important as today for current and the future generations.