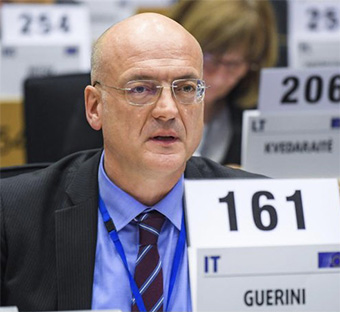 Giuseppe Guerini, President of CECOP and member of the European Economic and Social Committee (EESC)

In the global disaster of the pandemic, the contribution of social economy organisations was immediately in the front line to respond to the emergencies of many people in difficulty. We are talking here about solidarity networks, voluntary actions, associations and social cooperatives, which were able to implement responses of great solidarity and proximity with local communities.

But the pandemic has also caused a new growth in inequalities, adding to a process that has been going on for many years now in Europe and which sees forms of “segmentation” of society being fuelled by multiple inequalities, determined by the different capacities for access to services, information and the skills needed to access services.

Indeed, social economy organisations can play a fundamental role in the post-pandemic European recovery. We need to find new ways to rebuild a social protection system that, in addition to being an instrument of social cohesion, must be innovative and flexible.

The social economy can also be the key to new development opportunities, as we have been arguing for some time, when we say that social protection is not a cost but an investment and that today, in mature economies, the welfare and social protection system is essential to ensure the stability and competitiveness of the productive and economic system. Once again, we are in danger of pitting health and economy against each other and asking which one to save, as if the two issues were not linked.

However, we believe that it is useful and appropriate to establish a health and social protection system that is adequate to guarantee the functioning of the entrepreneurial system and to support economic development.

For this reason, it would be necessary to work towards the promotion and strengthening of social ties and the reinforcement of relationships, not only as a natural dimension of action between people, but as a modality of behaviour between bodies and institutions, both at local and regional level and at state level, until a European perspective of social policies is achieved.

This is why it is necessary to relaunch an idea of social justice and cohesion, where greater responsibility of people towards the common good becomes the basis on which to build a model of sustainable and inclusive economic and social development, which needs a project for cities and territories capable of valuing proximity, relational networks of solidarity, rediscovering mutualism and another conception of the economy. In short, a development model that starts from the creation of value rather than pursuing the extraction of value.

We must promote an idea of community welfare that unites local contexts and production systems, that integrates municipal and regional welfare with mutualist and contractual protection networks, with networks of corporate welfare and solidarity responsibility.

It is necessary to remember that an economic system in transformation must not and cannot consider social policies as forms of charity or public social security, but rather as the foundation that supports a society and its productive system.

We must be able to build a society that reverses the relationship between the economy and welfare, because we believe that the resilience and stability of the economic and productive system derives from our ability to reinvent the systems of care, social protection, assistance, education and training.

Indeed, it is impossible to imagine that a continent of elderly people, vulnerable families and young people who are becoming adults later and later can increase employment, productivity and social progress if we do not know how to ensure a system of care and protection for this population.

In other words, it will be welfare and work that will supportthe economy in general, and given the demonstrated ability to create and retain jobs in the social economy, this further underlines our role.

It is certain that the nature and forms of work will change, as we have known them over the last few centuries, and well-being, culture and training, health and environmental protection must become essential factors for sustainable economic growth, which means considering equity as a fundamental value.

It is necessary to think about territories, cities, local communities, because places of relationship are the necessary condition to build places of work and places of meeting for people. In other words, they are the foundation of social cohesion. In order to achieve these intentions today, in a time of great transformations, we need to imagine institutions as open meeting organisations to be a source of social innovation.

Welfare and social protection have definitely ceased to be an exclusive issue of public policy, just as it has ceased to concern exclusively marginal segments of the population. Welfare concerns everyone and is a powerful tool for development and a fundamental area for investment, growth and employment. A common good at all levels. And as we well know, social economy enterprises – starting with cooperatives – are enterprises born out of the shared desire of people to share and protect the shared commons.