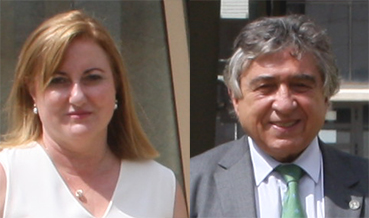 The 33rd International Congress of the International Centre of Research and Information on the Public, Social and Cooperative Economy (CIRIEC) will be held in Valencia (Spain) on the 13th, 14th and 15th June 2022. The Congress will be held under the motto “New global dynamics in the post-Covid era: challenges for the public, social and cooperative economy”, and will take place in the incomparable setting of the Palau de les Arts, in the City of Arts and Sciences, designed by architect Santiago Calatrava.

Nor is it a matter of stigmatising the market and its traditional players for their destructive and unbalancing effects. The market also generates enormous creative and innovative potential. But what seems evident is that the great monist paradigms of organising the economic system, which entrust everything to the magic wand of the market and profit or, alternatively, to the exclusive action of the State, have become profoundly obsolete, although the interests behind them continue to be very powerful and influential.

The collaboration of all players and institutions, entrepreneurs, workers, consumers, markets (producing and consuming are not only economic acts, they are also moral acts) and public administrations is necessary. But the tasks to be addressed are of such complexity and have so much uncertainty of financial profitability that, unless there is strong political leadership and a decisive investment action by governments, failure is predictable.

In conclusion, a plural economy, with a vibrant leading role for organised civil society, is the best way to face the challenges we have mentioned.

The next Congress in Valencia, in June 2022, has an exceptional panel of top-level speakers, an opening conference by Nobel Prize-winning economist Paul Krugman and a closing conference given by Mariana Mazzucato, a leading economist in analysing the role of governments as a driver of innovation.

Moreover, over 50 researchers, directors of public companies and of the social economy and public sector managers will participate in 6 plenary sessions and 8 workshops, discussing topics of great interest such as housing and urban development, governance, partnerships between the public and social economy, a fair ecological transition, public investments, coverage of essential services such as energy, transportation and water, innovation and the sustainable development goals. All this, together with 16 sessions dedicated to cooperativism, the social economy and the public economy, in which around 80 communications, selected from among the more than 200 proposals that we expect to receive across these days, will be submitted for discussion.

It is therefore expected to be an intense and participative Congress, with simultaneous translation into English, French, German and Spanish. From CIRIEC, and taking advantage of this new information platform of the Social Economy known as the ‘Social Economy News’, we invite the international community to the Valencia Congress, undoubtedly one of the main events of the year based around the public economy, cooperativism and the social economy.

All information about the Congress is at: http://ciriec.es/valencia2022