Cooperatives Europe and the Action Plan on Social Economy 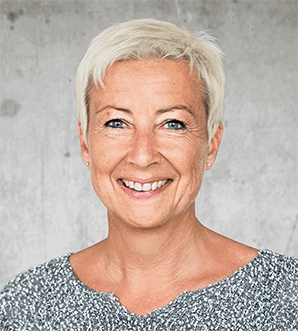 The context in which Cooperatives Europe developed its activities changed a lot over the last years. Concurrent to the Covid crisis and its social and economic impact, the interests in sustainable business, in line with green and digital transition increased. This is positive for coops, but at the same time, it reinforces the need to be differentiated from new concepts such as “Enterprises with a mission”, and define its stance vis-à-vis emerging discourse.

Cooperatives Europe engages with all layers of society to leverage the potential of the cooperative community. Most of its work covers overarching themes such as sustainability, entrepreneurship policy, legal framework issues, social economy, gender equality, youth, and international development. It advocates for a level playing field between cooperatives and other forms of enterprises through its memberships of several high-level expert groups like the Expert Group on Social Economy and social enterprises or Fit for Future Platform on better EU regulation.

It promotes cooperative interests through communication activities on different channels to raise awareness and to improve overall knowledge about cooperatives. It also supports inter-cooperation among cooperatives engaging on a practical level in partnerships and projects. This allows us to link with, for example, universities, youth networks and new economic actors.

The strength of Cooperatives Europe lies in its diversity of membership and the member’s involvement in its activities. What makes cooperatives stand out is their unique governance feature: ownership by members, caring for communities and members. In this regard, the recently adopted Social Economy Action (SEAP) Plan is a key strategic document that opens an opportunity to promote our business model.

Cooperatives Europe’s stance on the Action Plan on Social Economy

For cooperatives in Europe, the Social Economy Action Plan is more than just a step in the right direction, it is also an important political recognition of the social economy and its actors in Europe. With such an ambitious plan, the Commission sent a strong signal that it is committed to implementing concrete actions supporting the development and scaling-up of social economy entities. However, despite the Commission’s efforts, structural flaws could dilute its impact, negatively affecting cooperatives or even omitting some. Analysis of the Action Plan by the Cooperatives Europe team shows it sorely lacks long-term objectives and a solid vision for 2030, leaving open an array of questions: Where do we want the social economy and cooperative economy to be in 2030? Do we aim to establish a distinct EU social economy policy or to mainstream the social economy in all EU policies?

To ensure more predictability for cooperatives and other social enterprises, on the one hand, the implementation phase could start by answering these questions more precisely. It should establish concrete targets and benchmarks at the EU level. On the other hand, the lack of a common understanding of the social economy among policymakers is a problem that persists. While for cooperatives a single definition is not conceivable, clear guidelines common to all Member States are more than necessary to avoid different interpretations and silo thinking. Regardless of their size and sector, all cooperatives should benefit from the SEAP. In that sense, more cooperatives could be overlooked. For instance, the actions in the area of international cooperation foreseen by the Commission are mostly limited in scope – to certain entities– and in space. Some non-EU European cooperative enterprises will not be able to benefit from the SEAP, negatively impacting cooperatives on both sides of the EU border.

Some broader and general concerns remain vaguely touched upon. For instance, the lack of visibility and knowledge of the cooperative model limits our members’ access to funding and the capital market. European cooperatives need more support measures to encourage investments while allowing them to maintain their governance specificities and their core values. Despite the Commission’s strong commitment to a fairer and more sustainable future, the issue of gender equality is still not explicitly addressed and efforts, as regards the green and digital transition, could be intensified in order to promote coops achievements and support them facing related challenges.

Beyond these flaws, however, it is thrilling to see the Action Plan’s positive achievements that were gladly received by our members. Cooperatives Europe supports the creation of the EU Social Economy Gateway which will definitely assist cooperatives’  access to information and funding. The Youth Entrepreneurship Policy Academy is also an excellent initiative that echoes Cooperatives Europe’s work in supporting youth entrepreneurship through projects like CoopStarter and Coop4edu.

The Action Plan has the potential to effectively support the development of the social economy in Europe and to mainstream it across EU’s policies. The focus must now be on its implementation, which will be crucial for all actors across the social economy family.

Cooperatives Europe’s strength relies on its members’ diversity and democratic participation in its activities. We hope the Commission will follow this example and embrace a strong participatory and cooperative approach in the implementation phase.