An ambitious research program is needed 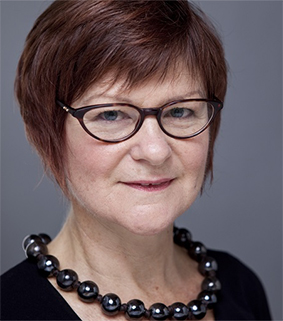 The COVID-19 pandemic reveals the failures of the current growth model, which are reflected in multiple crises: climate, health, social, economic, financial and political. These dysfunctions intersect and combine, pointing out a major crisis in the entire system. It is now time to move towards a social and ecological transition and confirm our commitments in terms of social protection, respect for the environment and social and economic equity. To do so, we must encourage and support solidarity, from the national to the global level.

This context highlights more than ever the relevance of the social economy, as a vector of economic initiatives which are anchored in the needs and aspirations of social groups concerned by these activities, and as a privileged partner of public policies in terms of social and economic services of general interest. With around seventy researchers from more than twenty countries, CIRIEC’s International Scientific Commission on Social and Cooperative Economy conducts research that finds all its relevance in the current period, where the search for alternatives to capitalism is increasing.

The recent studies carried out by researchers from Latin America and Europe show the importance of the social economy in meeting the UN’s sustainable development goals, in particular to face the food emergency and provide a response to the damage caused by climate change, promote justice and peace in communities affected by conflict. In this regard, see the work published in 2021 under the co-supervision of Carmen Marcuello (ESP) and Juan Fernando Alvarez (COL) on emerging experiences in the social economy in Iberoamerica, and the special session on The impacts of the social and solidarity economy on sustainable development goals, co-organized by CIRIEC, the International Cooperative Alliance (ICA) and the International Forum on the Social and Solidarity Economy (FIESS) at the international conference from the United Nations Research Institute for Social Development (UNRISD) in 2019.

Understanding and measuring the contribution of the social economy has been one of CIRIEC’s main research projects for many years. A first question concerns the measurement of the social economy in national statistics. The issue of the statistical scope refers to the legal definition of the social economy, which may vary from one country to another, but also to the conception that one has of this form of economy, either as being strictly non-profit (Nonprofit vision) or as an a-capitalist form of producing and distributing wealth, which characterizes cooperatives, associations and mutuals. CIRIEC benefited from the pioneering work of José Barea and José Luis Monzón in 2006 on the satellite account of companies in the social economy.

The portrait of the social economy in the European Union, produced in 2006 and then reissued in 2012 and 2017 under the direction of Rafael Chaves and José Luis Monzón for the European Economic and Social Committee (EESC), shows the importance of the sector in this continent. A working group on statistical measurement of the social economy produced a collective work published in 2015 (edited by Marie J. Bouchard (CAN) and Damien Rousselière (FRA)). This book which was translated into Korean in 2019 by colleagues from SungKongHoe University in Seoul. This work is continuing with the support of UNRISD in a project for the United Nations Task Force on the Social and Solidarity Economy (UNTFSSE) on opportunities and challenges of statistics on social and solidarity economy, which will lead in 2021 to the publication of three texts aimed at: establishing the state of practices in SSE statistics (Marie J. Bouchard and Gabriel Salathé-Beaulieu (CAN)); mapping the international SSE inventories (Coline Compère, Barbara Sak and Jérôme Shoenmaekers (BEL)); and formulating recommendations for public decision-makers in this area (Rafael Chaves (ESP)). These recommendations are based in particular on an analysis grid of the emergence of the social economy in public policies already deepened in works directed in 2013 by Rafael Chaves and Danièle Demoustier (FRA).

Work with the International Labor Office (ILO) has led to important advances in terms of guidelines concerning statistics of cooperatives, which were adopted by the International Conference of Labor Statisticians (ICLS) in 2018. In 2020, a joint publication of CIRIEC, the ILO and the Committee for the Promotion and Advancement of Cooperatives (COPAC) (under the direction of Marie J. Bouchard) presents part of the research that supported the adoption of these directives. It includes a conceptual framework, proposals for classification and measuring employment, as well as a discussion on the measurement of the economic contribution of cooperatives. The centenary of the ILO Cooperatives Division in 2020 was the occasion to celebrate the CIRIEC’s historic collaboration with the ILO through the publication of a special issue of the CIRIEC’s journal Annals of Public and Cooperative Economics (APCE), presenting a retrospective of twelve significant articles on cooperatives (edited by Marie J. Bouchard and Marieke Louis (FRA)).

The social economy does not operate in a vacuum. It is part of the process of interaction and collaboration between various public, associative, private and cooperative actors, which boost the local economy in line with the needs and resources of the environment while linking it to society and  the globalized economy. These dynamics between the social economy and the territories are illustrated in the book edited by Nadine Richez-Battesti and Xabier Itçaina (FRA) published in 2018. They also exert pressure on the trajectory of organizations, which may stray from their mission or on the contrary resist by reaffirming their identity or even by reinventing themselves. This is what a working group led by Ignacio Bretos (ESP), Marie J. Bouchard and Alberto Zevi (ITA) explored in 2020 in a special issue of the APCE journal under the theme of the evolution and transformation of social economy organizations. Internal and external governance is one of the mechanisms by which social economy organizations can stay focused on their mission and establish cooperative relationships with other economic and social actors. This theme was the subject of a special issue of the ACPE journal under the direction of Gani Aldashev (BEL), Marco Marini (ITA) and Thierry Verdier (FRA).

The challenges facing the planet today require special attention to the social economy. Hence the importance of reaffirming its identity and showing its ability to re-embed the economy in society. The “social” aspect of the social economy is not limited to the mission that certain organizations adopt. It is constitutive of the mode of enterprise, management, governance as well as the mode of profit distribution, within economically viable and socially profitable organizations. Cooperatives, associations, mutuals also have the potential to contribute to a democratization of the economy, making it more inclusive and emancipating. In this sense, the social economy is a political project.

Let us hope that CIRIEC’s research work will continue to contribute to the production and dissemination of knowledge of the social economy, by feeding an ambitious and essential program at this time, that of an ecological transition carried out in a perspective of social economic and environmental justice.