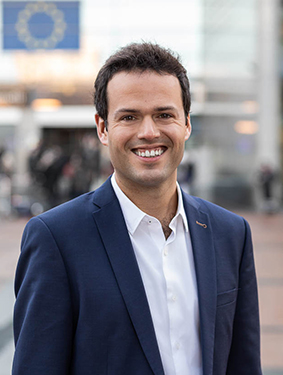 November 2022 will mark 10 years since the establishment of Social Economy Europe (SEE) as a European association. On 7 December we will celebrate this first decade of SEE and the first year of the European Action Plan for the Social Economy at a public event at the European Parliament in Brussels.

SEE is part of a long-standing tradition, as evidenced by the Social Economy Intergroup of the European Parliament, which has existed since 1990, or the CEP-CMAF, SEE’s predecessor organisation, created in 2000 by the European cooperative movement, mutuals, associations and foundations to have a united voice and project towards European Union. However, it was not until November 2012, one year after the famous European Social Business Initiative (SBI), that nine organisations formed Social Economy Europe as an association. 10 years later we can say that Social Economy Europe has not disappointed the expectations of its founders: AIM, AMICE, CEDAG, the European Foundation Centre (now Philea), CEGES (now ESS-France), CEPES, SAW-B, ENSIE and REVES.

During 10 years, SEE has been the main driving force behind a European policy for all Social Economy enterprises and organisations. SEE is the organisation that has been committed since 2014 to a European Action Plan for the Social Economy, that wrote up to two proposals for this European public policy (in 2018 and 2020), and that today works for an ambitious implementation of the Plan.

To use a hackneyed but relevant expression, if Social Economy Europe did not exist as an organisation, it would have to be invented. The European Social Economy, with its more than 2.8 million enterprises and entities, its 13.6 million workers, and its 232 million members, needs a common voice in Europe to defend the interests of this entrepreneurial universe, to promote its visibility and inter-cooperation, and to advance ambitious policies at the service of a common project: a more democratic economy, committed to the development of the communities where it operates, generating equity, well-being, inclusion and social and territorial cohesion. It is also important to remember that organisations such as SEE exist and live thanks to the commitment and work in the service of a collective project of the member organisations and the people who represent them and lead SEE, and also thanks to the technical team that works, implements and contributes to the mission and vision of the organisation.

Ten years after the creation of Social Economy Europe, the social economy has more opportunities than ever at European level, but there are still challenges that we have the capacity to overcome collectively. For the first time since 1989 we have a European policy for the Social Economy as a whole, with more than 50 concrete actions, a time horizon of 9 years (until 2030) and a commitment to mobilise more than 2.5 billion euros from the European budget by 2027. Among the Plan’s actions, it is worth highlighting the Council Recommendation on framework conditions for the development of the social economy (to be approved in 2023, and which will serve as an instrument for the States and all public administrations to modernise legislation and policies to promote the social economy), the single portal for the European Social Economy (which will gather information and all the opportunities to access European funds for the social economy), the youth entrepreneurship academy (to be launched in February 2023), new studies on Social Economy statistics, or lines to create state organisations for the Social Economy (such as ESS-France, CEPES, or ConcertES) in countries where they do not yet exist.

Also, for the first time, the social economy is protagonist of European industrial policy, being one of the 14 industrial ecosystems for the recovery and resilience of Europe. In this way, and with the presentation of the roadmap “Transition Pathways for the Social Economy ecosystem and proximity” on 14 November at a hybrid event in Brussels, the EU recognises the key role of the Social Economy to innovate and accelerate fair green and digital transitions. The Commission recognises the great potential of cooperatives and energy communities for Europe’s energy transition and strategic autonomy in these difficult times, as well as other forms of social economy in the field of rural development, mobility, food, renovation and construction of sustainable housing, recycling, platform economy, industry, social services and many more.

In short, despite the difficult context in which we find ourselves on a global scale, with the war in Ukraine, inflation, climate change, and the rise of inequalities and autocratic movements, we are celebrating these 10 years at a time of opportunity for the social economy in Europe. To seize the opportunities and respond to Europe’s challenges, we need more alliances and collective action. Because more social economy is a guarantee of a better future: more democratic, participatory, inclusive and resilient. More social economy means more strategic autonomy at EU level, more shared local development, in short, more well-being and more cohesion.